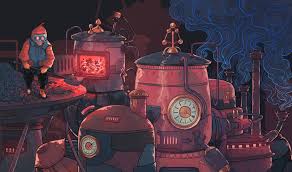 The editorial group of Journal of Thermodynamics and Catalysis is overpowered by the response and enthusiasm of the scholarly and inquire about supporters of distribute with the journal and participate in the year-long celebrations. During this year, we anticipate taking a few starts that would empower and compensate our imminent clients. It gives us extraordinary delight in declaring the call for paper on entering the 10th Year of the Journal at unique and weighty rebate of up to 30%-50% on one-time article processing charges.

Forthcoming academicians and researchers are urged to use this chance to get their contents reviewed, processed and published at generally quicker pace and at low use. Notwithstanding this the creators who distribute with us during the year-long festivals will likewise be qualified for scholarly grants prescribed by the publication board.

Celebrating 9 years of successful publication history, the journal reiterates its commitment to promote systematic enquiry and explorations into the Thermodynamics and Catalysis across the world.

A standard Editorial Tracking System is utilized for manuscript submission, review, editorial processing and tracking which can be securely accessed by the authors, reviewers and editors for monitoring and tracking the article processing. Manuscripts can be uploaded at https://www.scholarscentral.org/submissions/thermodynamics-catalysis.html or forwarded to the editorial office at thermo.echemistry.org